Since 1972, when the first Pappas Famous Crab Cake was born, this secret recipe has remained unchanged and well-guarded by the Pappas Family. A true gem of Baltimore: the BEST crab cake in Maryland!
RESERVATIONSCONTACT US

A Baltimore Tradition Since 1972 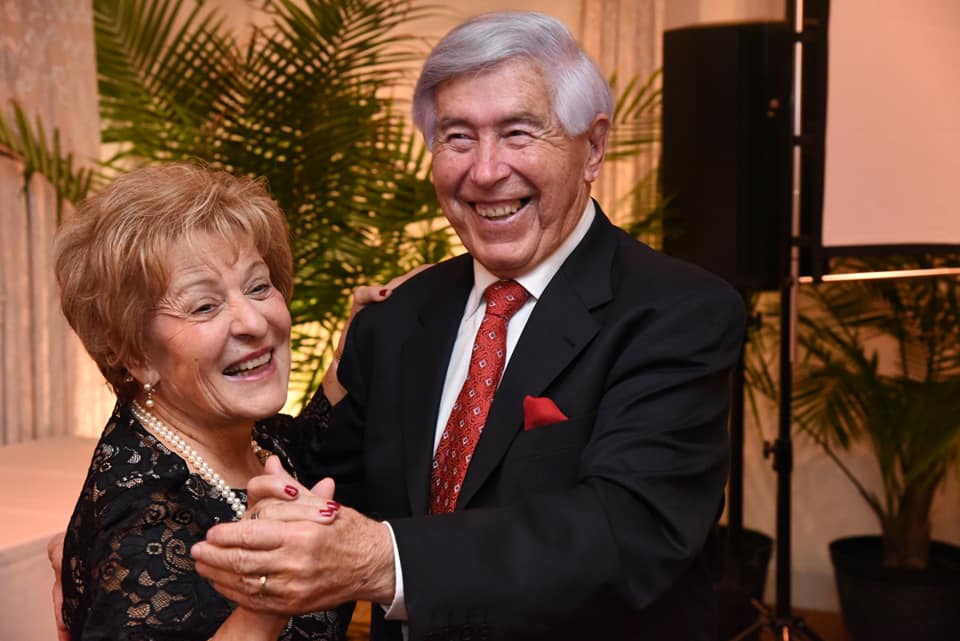 In 1972, the recipe for Pappas’ Famous Crab Cake was born, and for forty years, this secret recipe has remained unchanged and well guarded by the Pappas Family. You are about to enjoy the result, a true gem of Baltimore: the BEST crab cake in Maryland!

The man responsible: Mark Pappas. Born in 1932 in Velvendos, a small yet proud town in Northern Greece, Mark Pappas learned quickly the value of hard work, humble service and personal integrity. In 1956, he came to the United States in search of the American Dream. With no money in his pocket and not understanding a word of English, Mr. Pappas settled in Baltimore with his uncle’s family and made a name for himself. By 1961, he’d learned English, became a proud citizen of this country, and saved enough money to buy the Mount Vernon Restaurant with a partner. Here, in downtown Baltimore, he developed a nose for seafood and a commonsense approach to customer service: give them delicious, high quality food for a fair price and they’ll come back.

By the early 70’s, with a beautiful wife and three small children in tow, he was ready to set out on his own in Parkville, Baltimore County. He took over Wargo’s Western Steak House & Stag Bar, renamed it Pappas Restaurant & Sports Bar, and developed a diverse restaurant menu including a wide selection of steak, pasta, and fresh seafood entrees including his unique, eight-ounce heavenly crab cake. It wasn’t long before the word spread, and soon his customer base grew.

In 2010, with his son Steve in command, Mr. Pappas branched out to Glen Burnie, Anne Arundel County, and in 2014 to Cockeysville. We are proud to continue the Pappas legacy and hope you enjoy your experience at our restaurant.

Stuffed with crab meat blended with our award winning recipe and baked with imperial sauce
15.99

Chicken tenderloins, breaded and fried, with your choice of dipping sauce. Try Buffalo Style for 1.00 more
8.99

Not your average mozzarella stick! These are delicious, half-moon shaped fried mozzarella with house marinara for dipping
8.99

A JUMBO braided soft pretzel, smothered in our crab dip with extra crab meat and shredded jack cheeses on top. Enough for two!
13.99

Lightly dusted in flour and spices, then flash fried until golden brown, served with house marinara
10.99

Lightly battered zucchini served with a side of our special “Boom-Boom” sauce
8.99

Ten of the most plump wings in town, tossed in your choice of BBQ, Buffalo, Chesapeake Spices, Lemon Pepper, or try our TNT Buffalo
10.99

Creamy and delicious! A homemade mixture of baked cheeses and crab meat with Old Bay, served with warm pita bread
14.99

Crispy tortillas stuffed with chunks of white meat chicken, beans, corn, and southwestern flavors, with a side of Mandarin duck sauce
9.99

Five of our FAMOUS Crab Cakes, just a smaller version
15.99

The best of both worlds! Our creamy shrimp salad on the bottom and 4 oz of our famous crab cake on top, served club style with lettuce and tomato stacked between three slices of white toast
19.99

Our 8 oz crab cake served on a fresh brioche roll with lettuce and tomato, with a side of French fries
20.99

Our famous crab cake ~ times 2! Enjoy two of our delicious 8 oz crab cakes with two sides of your choice
35.99

Straight from the Chesapeake Bay! Freshly battered and fried
24.99

Fresh from the Bay, Rockfish filet overstuffed with crabmeat
24.99

Hand breaded chicken, pan-fried until crisp and topped with house marinara sauce, finished with melted mozzarella cheese and a side of linguini
19.99

A FULL rack of fall off the bone tender pork ribs smothered in our sweet and tangy Jack Daniels BBQ sauce
19.99

Two of the most tender chops, rubbed with our Montreal spice rub and grilled to perfection
19.99

Our chefs searched to find the best quality Black Angus filet. This steak will melt in your mouth!
32.99

14 oz. melt in your mouth USDA prime steak, cooked to perfection. Served untrimmed to lock in natural flavors and juices
28.99

Linguini tossed with bell peppers, mushrooms and onions in a creamy rose sauce, finished with sautéed chicken breast and a touch of basil
18.99

Blackened chicken and shrimp, with garlic, onions and mushrooms in a cream sauce with a touch of fresh tomato over the penne -
19.99

Jumbo shrimp sautéed with prosciutto, spring onions and garlic tossed with a creamy rose sauce with a touch of vodka
20.99

Roast beef cooked in au jus, served over white bread with your choice of mashed potatoes or fries, complete with gravy
13.99

8 oz. strip steak grilled and served open face on your choice of bread
19.99

House marinated chicken breast, grilled to perfection and served on a toasted bun
11.99

The best of both worlds! Our creamy shrimp salad on the bottom and 4 oz of our famous crab cake on top, served club style with lettuce and tomato stacked between three slices of white toast or open faced
19.99

Jumbo shrimp seasoned and mixed with celery and mayonnaise
14.99

Our crab cake served on a fresh brioche roll with lettuce, tomato and French fries
20.99

Complete with mushrooms and Swiss cheese
11.99

Beyond delicious plant-based burger that looks, cooks, and satisfies like beef!
12.99